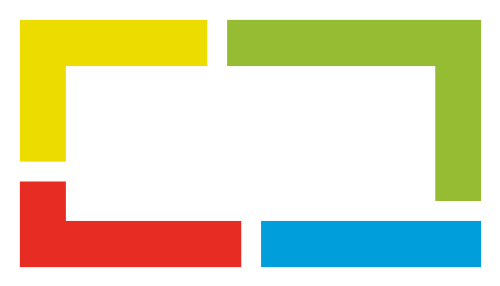 “Why am I just learning about this now?”

No two workplace issues are alike. We operate in volatile, uncertain and complex environments that constantly introduce new variables. However, what every workplace issue does have in common, is the fact they’re easier to solve when you’re given advance notice of them.

Despite this, a disproportionately high number of employees wait until the absolute last minute before telling their leader or teammates about potential problems. Why is this? Are they evil? Do they like inflicting pain on others? Are they actually trying to harm the organization?

No. They’re likely suffering from a phenomenon known as Impression Management.

Amy Edmondson, the foremost expert on psychological safety writes, “…people are (both conscious and unconscious) impression managers – reluctant to engage in behaviours that could threaten the image others hold of them.” While impression management happens in all social settings, Edmondson notes how it is most prevalent in the workplace given that, “people in organizations are being evaluated – whether frequently or infrequently, overtly or implicitly – in an ongoing way.”

The paradoxical nature of this problem is what makes it so common. People are afraid of how others will judge them if they announce the ‘bad news’ that there’s a problem. They fall victim to a nice bit of magical thinking that if they wait long enough, maybe the problem will sort itself out, and they won’t need to risk their reputation by sounding the alarm bell too early. In the end, the problem becomes a crisis given the lack of time to now solve it, and the reputation they were working so hard to protect has taken a far more severe hit than it ever would have had they spoken up sooner.

There is, and the great news is, all that’s needed is a basic understanding of the four fears that people are unaware they’re protecting themselves from. Make your team aware of these fears, take the necessary steps to neutralize them, and last-minute surprises will become a thing of the past.

Each of these fears prevent your people from taking the ‘risk’ of speaking up when small issues emerge, allowing those issues to amplify.

How to neutralize it: Over-communicate your expectations to your team and show them all the tools they have to meet those expectations. When someone does ask a question, celebrate it as a ‘great question’ and share the answer with everyone. This not only increases the team’s knowledge, but it also removes the stigma of asking questions as well.

How to neutralize it: Reframe failure. Failure must be seen as an opportunity to learn not an expectation to be punished. This happens when you shift discussions away from the outcomes your team is delivering and toward the decisions that lead to those outcomes.

How to neutralize it: Rethink your performance management process and start to incorporate 360 reviews. Giving and receiving feedback needs to be made more natural and the only way to do that is through increased repetitions.

How to neutralize it: Dedicate the last 10 minutes of any team meeting to gathering feedback. Open the floor for people to ask others for ways they may improve. You may think that no one will ask for it…and you’d be wrong. Studies have shown people are almost 8 times more comfortable asking for feedback than they are offering unsolicited feedback to others.

One final recommendation, conduct some form of behavioural assessment or psychometric profile on your team as you work to address these fears. Different profiles are more prone to some of these fears more than others. You will want to know how susceptible your current team is to each fear before starting. Consistency is key, which means picking the most relevant fear and drilling down on it is more effective that trying to address them all in a blanket approach.

And if you’re wondering when to start, it’s right now. Harvard Business Review claims the ‘cost of silence’ sits at $7,500 for every conversation someone on your team avoids. How many people are on your team? How many days are left in the year? How many potential lost conversations does that add up to?

Address impression management in your team and this is an equation you won’t need to worry about.

Shane is the Founder & CEO of CultureSmith Inc. He works with leaders and teams of high-growth organizations to help them overcome the behavioural and emotional issues that prevent their growth. Leveraging the CultureSmith Growth & Sustainability Framework, Shane helps demystify the the theories of Psychological Safety, Emotional Intelligence and Servant Leadership to turn companies into places people care about.

Leaders, Are you trying to 'change your people's height'?